* Platinum, palladium up 3 pct so far this week

March 22 Gold was steady on Friday below a three-week peak hit the day before, pressured by rising stock markets but remaining on track for a third straight weekly gain after the U.S. Federal Reserve said there would be no further interest rate hikes this year.Spot gold was up about 0.1 percent at $1,310.38 per ounce as of 0617 GMT, while U.S. GCcv1 gained 0.2 percent to $1,310 an ounce.Spot prices rose to their highest since Feb. 28 at $1,320.22 on Thursday, before paring gains to end the day down 0.2 percent.

“There was lot of profit-taking in gold after yesterday’s big jump and investors went into equity markets,” said Brian Lan, managing director at dealer GoldSilver Central in Singapore.Asian shares rose to 6-1/2-month highs after upbeat U.S. data and optimism in the tech sector lifted Wall Street stocks. MKTS/GLOBGold is still on track for a third straight weekly gain, up about 0.7 percent so far this week.”Technically, gold is getting good support at the $1,300 price level and fundamentally, the Fed not rising rates this year is a strong signal for gold,” said Peter Fung, head of dealing at Wing Fung Precious Metals in Hong Kong.The Fed earlier this week brought its three-year drive to tighten monetary policy to an abrupt end, abandoning projections for any interest rate hikes this year. should push higher, especially once the Brexit uncertainty lifts (as it seems to be doing), allowing the dollar to resume its downward drift, especially now that the Fed has sidelined itself on the rate front,” INTL FCStone analyst Edward Meir said in a note.

The dollar eased against sterling after the European Union agreed to delay Britain’s exit from the organisation, and was down 0.2 percent against its key rivals. USD/EU leaders have given Prime Minister Theresa May two weeks’ reprieve, until April 12, before Britain could lurch out of the EU if she fails to persuade lawmakers to back the withdrawal treaty she concluded with Brussels. the other precious metals, spot palladium dipped about 0.2 percent to $1,606 per ounce, after touching an all-time high of $1,620.53 in the previous session.Concerns about a deep supply deficit and increased speculative buying interest in the market have pushed palladium prices to record levels, analysts said.Silver gained 0.2 percent to $15.50 per ounce, while platinum was up 0.4 percent at $861.87 per ounce. 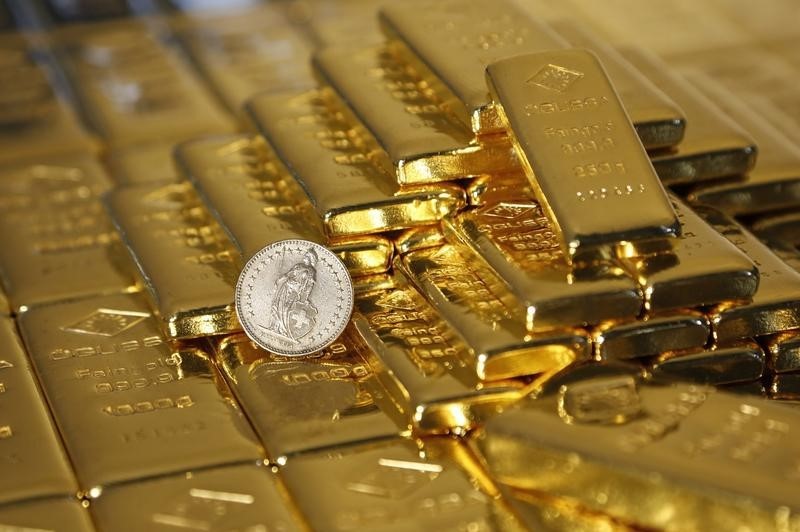